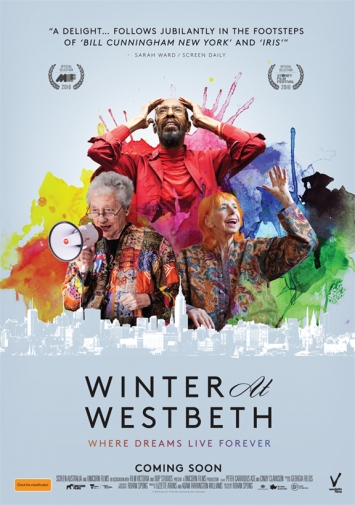 An inspirational story about community, ageing and the need to keep creating.

“Spending four seasons roaming this retired artists’ complex is such a delight that viewers will find themselves yearning for future instalments” – Sarah Ward, SCREEN INTERNATIONAL

“These are engaging and inspirational people and Spong’s well-made film is charming and delightful” – David Stratton, THE AUSTRALIAN

“The result is a film that is focused not on death but life, with a sense of affirmation that is rewarding but never overplayed” – Craig Mathieson, THE AGE

“Uncovering the powerful allure of art as it intersects with people’s lives is Rohan Spong’s specialty” – Eloise Ross, METRO

“It doesn’t take long to love every character in the documentary film Winter at Westbeth” – Aimie Cronin, NZ HERALD

“Rohan Spong has made a sensitive film about older work-a-day artists who have respect if not fame” – Jo Reed, ART WORKS, NATIONAL ENDOWMENT OF THE ARTS

“Winter at Westbeth’ is a timely reminder that, despite mainstream media regularly ignoring their voices, we should not write off our elders” – Stephen A. Russell, SBS

“It’s very lovely and warm-hearted and speaks to the delight of creation” – Stephen A. Russell, SBS.

“A true delight of a film, a charming glimpse into a world that proves there is worth in artistry and may just give the struggling writers, painters, dancers, performers, and creatives of the world a glimmer of hope.” – Glenn Dunks, THE FILM EXPERIENCE

“Winter at Westbeth speaks the language of the community it celebrates. Through its intimate conversations we are reminded once more of power of art to express joy and pain, to celebrate those no longer with us, to encompass a life and to consolidate the impact of the intangible”  – Michael Scott, CUE DOT CONFESSIONS

“This is one beautifully-realised film that showcases three unique souls and artists and one that manages to capture their essence in a truly joyful and life-affirming way. Utterly charming!” – Natalie Salvo, THE AU REVIEW 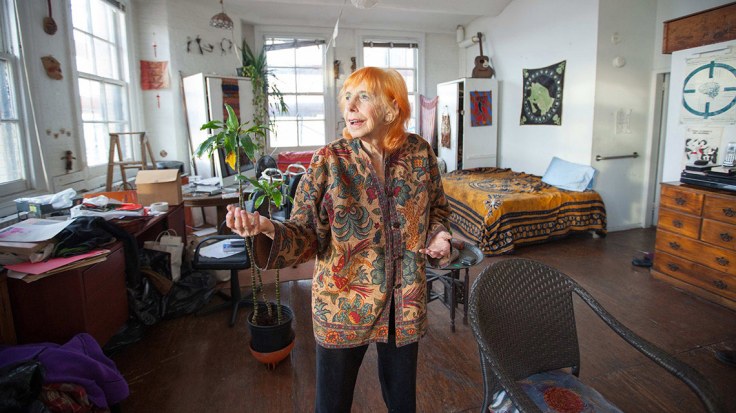